It is important to learn the training process of huge neural
networks. However, we need to simplify this by first understanding how a simple perceptron is trained, and how its weights are updated! Only then, will we be able to understand the dynamics of complicated and monstrous neural networks, such as CNNs, RNNs, MLPs, AENs, … .

In this post, you will learn one of the most fundamental
training techniques for training a simple perceptron and I will give you a nice intuition behind the math, so that you will learn this intuitively 😉

The Case of Binary Classification

Below you can see the architecture of an actual perceptron, as the simplest type of artificial neural networks: 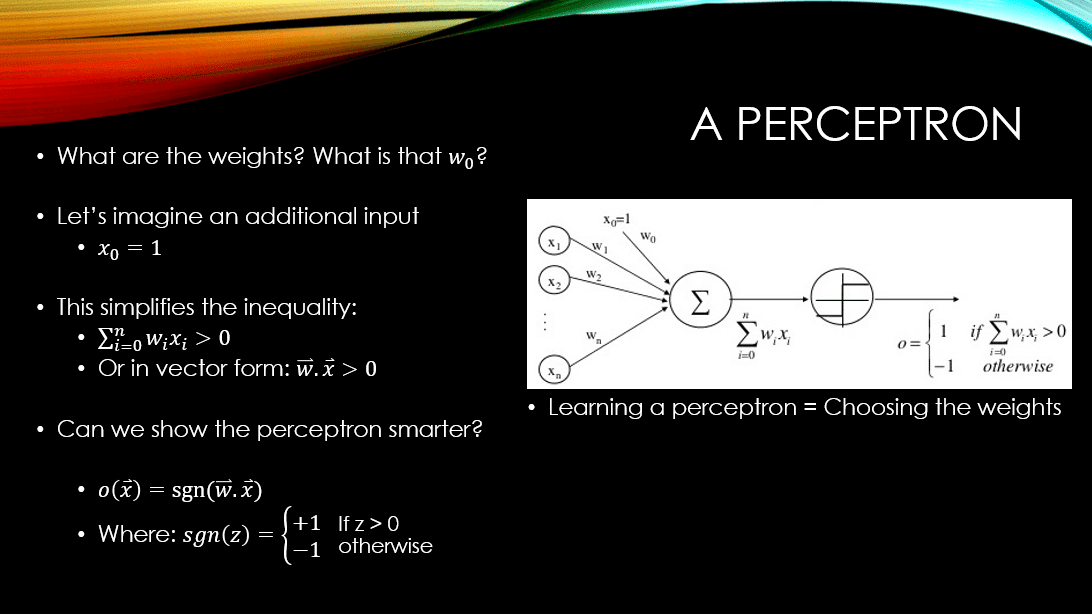 Obviously, as we have 2 classes, we would want to learn the weight vector of our perceptron in such a way that, for every training example (depending on whether it belongs to the + / – class), the perceptron would produce the correct +1 / -1. So, in summary:

What are we learning? The weights of the perceptron

Is any weight acceptable? Absolutely not! We would want to find a weight vector that makes the perceptron produce +1 for the + class, and -1 for the negative class

NOTE: You define which class is + and which is -! Moreover, you can train the perceptron and find a weight vector that produced +1 for – class and -1 for + class! It doesn’t really matter, as long as the perceptron can generate 2 different outputs for the instances that belong to class + / -. This is how you can measure the separating, and classification power of the perceptron.

How do we update the weights? Is there some sort of mathematical rule? Yes, indeed there is! One such rule is called the perceptron training rule!

At every step of feeding a training example, when the perceptron fails to produce the correct +1/-1, we revise every weight wi associated with every input xi, according to the following rule:

The variables in here are described as follows:

The training strategy of the perceptron is nicely demonstrated here: 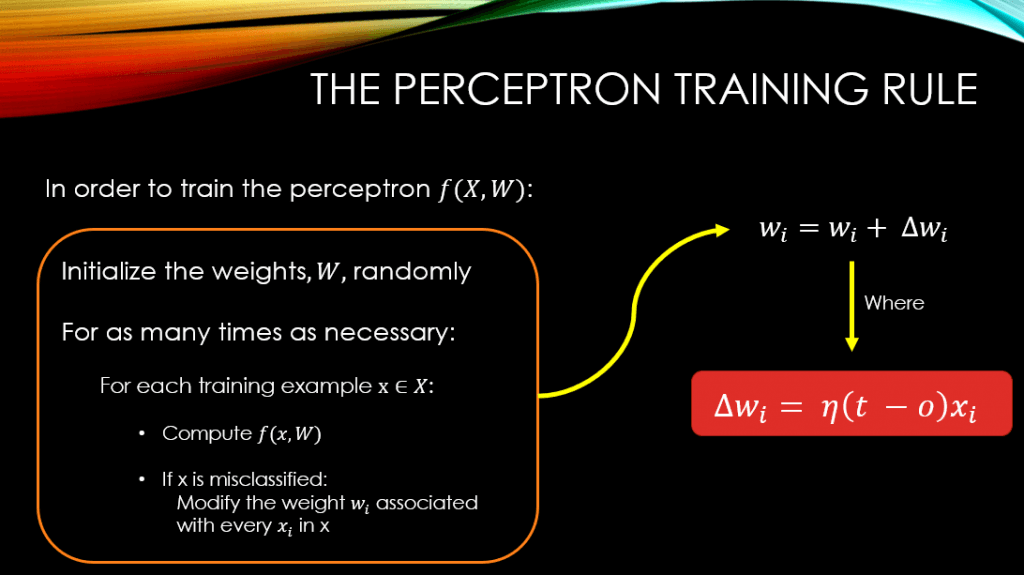 The Intuition Behind the Perceptron Training Rule

Now let’s say the correct class was indeed the positive class where t =1, but our perceptron predicted the negative class, that is the output is -1, o = -1. So, looking at the figure of our perceptron, and knowing that for this particular example our perceptron has made a mistake, we realize that we need to change the weights in such a way that the output o would get closer to t. This means that we need to increase the value of the output, o. So, it seems that we need to increase the weights in such a way that w.x would increase! This way, if our input data are all positive xi > 0, then for sure increasing wi will bring the perceptron closer to correctly classifying this particular training example! Now, would you say our training rule would also follow our logic? Meaning, would it increase the wi? Well, in this case (t – o), η, and xi are all positive, so Δwi is also positive, which means that we are increasing the old value of wi positively. 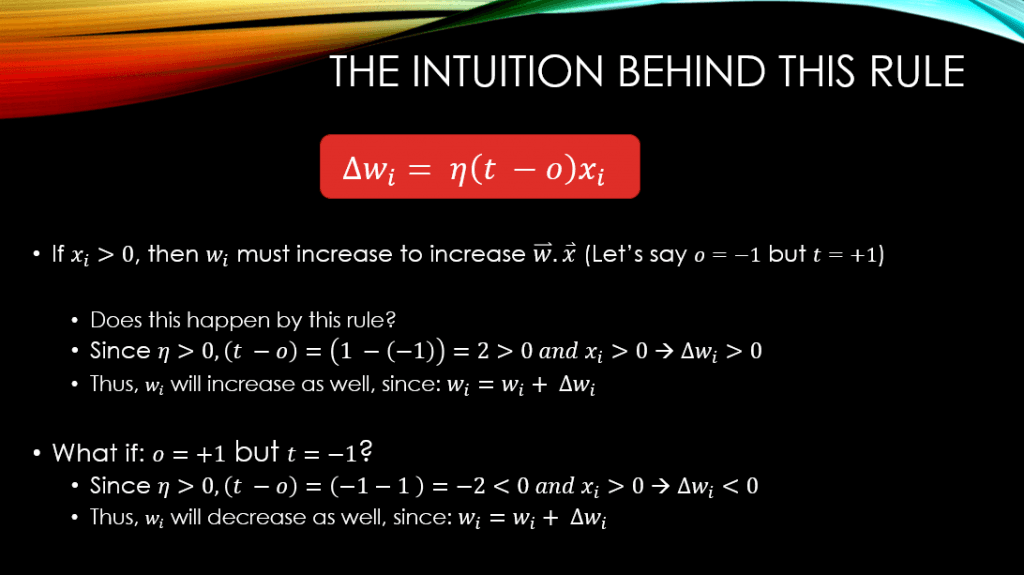 I hope that this has been informative for you,

Take care of yourselves 😉